What the demise of Thomas Cook has taught us

Thomas Cook, the UKs oldest travel company, has collapsed creating unmitigated global turbulence. More than 150,000 UK holidaymakers have been left stranded, forcing the UK to launch the largest peacetime repatriation in its history.

To say that the demise of Thomas Cook has been a disaster is an understatement. In the coming months and years, much will be discussed about the failure of this once illustrious travel company.

Last week talks failed to agree a proposed £150million bailout, with the UK government telling stakeholders that a cash injection would do little to staunch the fiscal haemorrhaging. Transport Secretary, Grant Shapps, defended the decision by saying that a cash injection from the state would only have kept Thomas Cook afloat ‘for a very short period of time’, and that the business had ‘systemic issues.’

Insiders at Thomas Cook have publicly said that the company is exploring ‘every possible option’ to secure a rescue deal with more than 20,000 jobs at risk globally, including 9,000 in the UK. Just yesterday Condor, a German airline owned by Thomas Cook, has been the recipient of a £336million bridging loan from the German government to continue operating whilst the airline searches for a new owner.

So, why did Thomas Cook fail, where their any historical indicators, and what lessons can the travel industry take from this?

From a financial point of view, Thomas Cook failed because it was unable to secure the investment needed to keep the business afloat throughout the winter period. However, to assume that this is the only reason is a mite naïve.

The emergence of customer-centric, low-cost flights and cheap online package holidays, unstable global weather patterns, and grossly inflated director salaries have all been contributed to the demise of the travel business.

However, it has been asserted that Thomas Cooks’ complacency to embrace innovation and modernisation, choosing to rely on its brand to steer the business through difficult times, and the uncertain political landscape are primarily responsible for its demise.

Indeed, Brexit has forced many holidaymakers to reassess their plan, especially with the uncertainty around what will happen leading up to and immediately following the UK leaving the European Union on the proposed date of October 31st.

As shocking as this news is, there have been historical warnings that it appears Thomas Cook has failed to heed. At the start of October 2017, Monarch, a popular UK airline based out of Luton airport announced its immediate closure.

As reported at the time, a myriad of factors was blamed as the cause of the business’ collapse. Monarch cited a stuttering exchange rate (their income was sterling currency but their business costs paid in dollars), uncertainty around Brexit, the saturation of the travel market and the rise in terrorism, with the airline having to close some of its more popular routes to Egypt’s Sharm-El-Sheikh and Tunisa, as key reasons for the airlines failure.

On face value it seems as though Thomas Cook has failed to heed the historical warnings. When monarch went bust, the government spent £60million to help stranded passengers get home. Based on current information, the cost to bring stranded Thomas Cook passengers home is likely to be notably more – a factor that may have influenced any potential bailout decision.

Lessons for the Travel Industry

The first, and most obvious lesson, the travel industry needs to learn is to pay attention to emerging trends in their sector. In the transparent digital age, one where value is paramount to not only a business’ success but its survival, an established brand isn’t enough to guarantee a future.

Why would consumers choose to travel with a brand like Thomas Cook when they can get a more competitive cost with another airline? Cost comparison online platforms means that it has never been easier for consumers to see if they’re getting value for the service provided.

The failure to adapt business models to reflect the changing times is something that travel companies can ill afford to do. Understanding what customers want, how they want to buy and when are all questions that the travel industry needs to ask.

Then there’s the element of trust. No doubt customers will be asking themselves can they trust travel companies with their money. In the wake of Thomas Cook’s demise, The Guardian published a story about Jet2 ramping up its prices. Is this supposed to assure an already jaded public that travel companies have the best interests of their customers at heart? View the full article here.

It seems clear that the travel industry should be making strides to assure customers, not looking to profit from a dire situation, and are here to provide a valued service to them.

The news of Thomas Cook’s demise is still raw. The full affects will only be analysed when the dust has settled. However, it’s clear that the travel industry should be focusing on service and value, evolving to meet customer’s needs and reflecting the contemporary online commercial environment. This, initially, is a start to regain the trust of an already jaded public.

If you’d like to learn more about flight delays or how you can make a claim for a delayed or cancelled flight, boarding denial, missing a connecting flight, bad weather or an airline strike contact us today.  Alternatively visit our dedicated flight delay website. 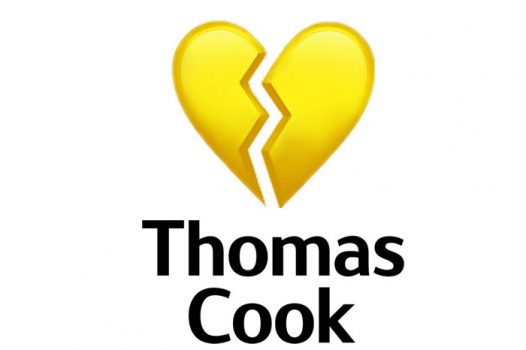